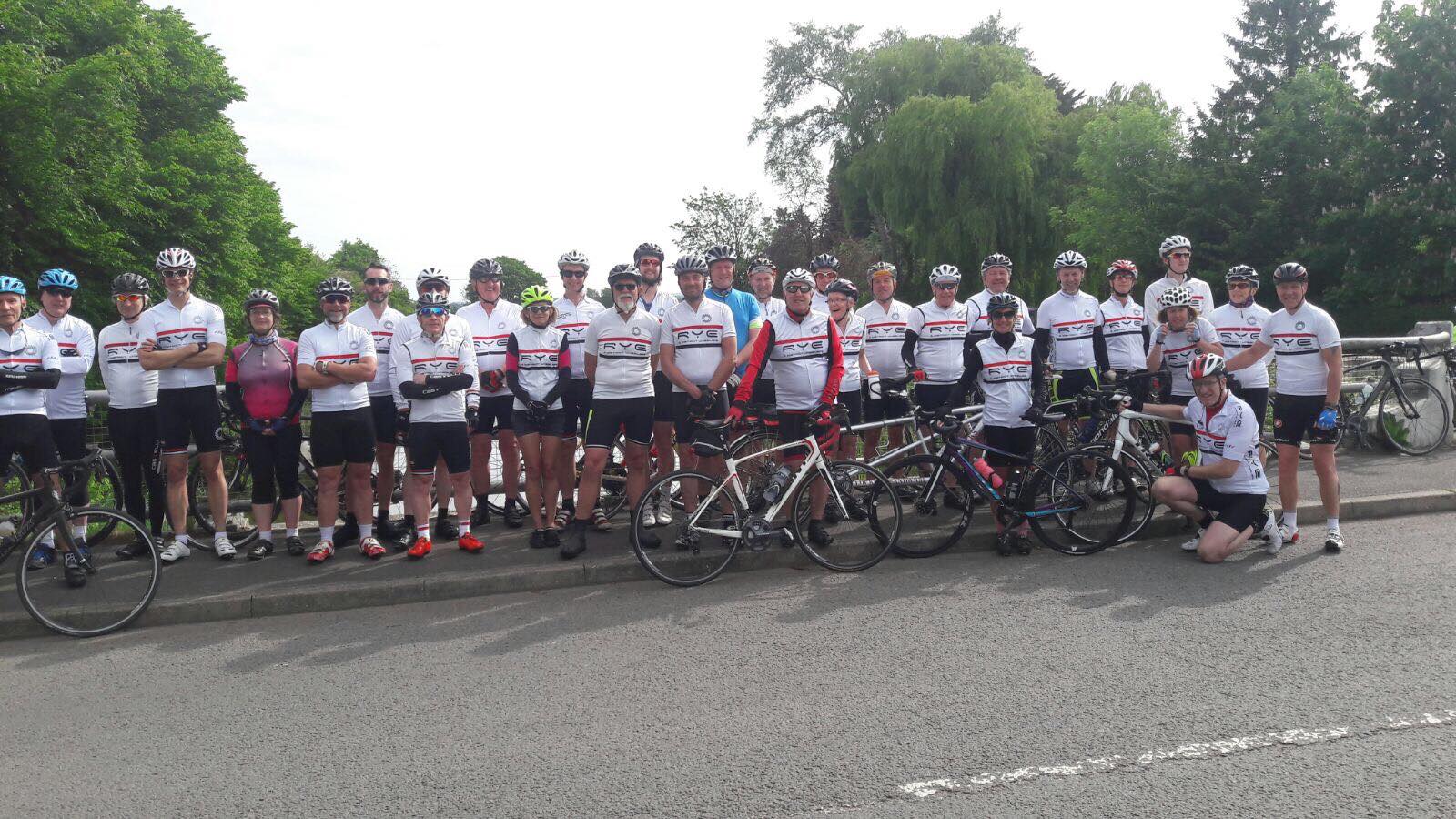 The Captain’s Club Ride and as with the Previous two rides three groups will leave Appledore bridge just after 0900hrs and head to the Railway Cafe in Hythe where they are expecting us. The Black, Red and White groups will head to Hythe on varied routes at varied speeds.Black 18-22 mph average, Red 14-16 mph average and White 12-14 mph average. For safety and ease of setting off would the Black group line their bikes up on the opposite side of the bridge facing Appledore. Red group on the usual side of the bridge at the Brenzett end of the bridge facing Brenzett and the White group on the usual side of the bridge facing Brenzett at the Appledore end of the bridge. Would group leaders be at the bridge in good time to muster their group riders.
A brief outline of the routes, White group will head to Brenzett then head to Ivychurch, Newchurch onto the lower wall Rd to Hythe. Red group will head to Arrow head, making its way to Sugar Loaf then Aldington onto Lympne then join the Hythe road into Hythe. Black group will head for Kenardington, Sugar Loaf, Aldington, A20, then Hythe road into Hythe.
Points on Safety, on arrival please park your bikes on the paths and keep the road clear. If we are met with icy conditions on Sunday morning, plan B will be put into place with a main road ride to Hythe. Fingers crossed for fair weather.
Regards
Dave Greenwood
Club Captain
+ Google Calendar+ iCal Export